Lalgudi GJR Krishnan is one of the foremost violinists in the world and a leading exponent of the Lalgudi Bani. Son and disciple of the legendary maestro Lalgudi Jayaraman, Krishnan has nurtured and propagated the legacy of the Lalgudi Bani, while also blending his own artistic elements to mould it into his unique and distinctive style. His style is defined by total mastery over technique, bhava, laya, and a philosophical adherence to the notion that the violin must closely mimic the human voice.

Born into a musical family – Krishnan is the fifth generation of musicians in a family that traces back to Thyagaraja’s sishya parampara – Krishnan’s entire life has been a musical journey. He was barely a teenager when he began performing with his father and guru the legendary Shri Lalgudi Jayaraman. His performing career spans over four decades, and he has played all over the world. As a musician, he has many facets, but he is perhaps best known for violin duets with his sister Lalgudi Vijayalakshmi. Together, they have played in countless duets over the past three decades. They are renowned for their classical purity, highly creative, nuanced and intricate interpretations of ragas, and their total command over laya and bhava.

Beyond duets with Lalgudi Vijayalakshmi, Krishnan has also collaborated with numerous other leading musicians. He has accompanied many great vocalists, including Sri Semmangudi Srinivasa Iyer, Sri Maharajapuram Santhanam, Sri D K Jayaraman, Sri Nedunuri Krishnamurthy, Sri N Ramani and Sri Voleti Venkateswarulu. He is a top-ranked artiste with the All India Radio.

Krishnan has performed all over the globe, including the Lincoln Center (New York), the Smithsonian Center, Concertgebouw Recital Hall, Royal Tropical Institute Amsterdam, the Festivals of India in the USA, UK and the USSR, and many more. His collaborative projects with artistes like Ustad Shahid Parvez, Ustad Shujaath Khan, Pandit Gaurav Majumdar, Pandit Viswa Mohan Bhat, Pandit Tejendra Majumdar, Pandit Debashish Bhattacharya, Shri Anil Srinivasan and Pandit Dhruba Ghosh have won him appreciation as an artiste with openness – a symbol of the classic but with a contemporary bent of mind. One such experiment led to the creation of Strings Tradition, a collaborative project between Krishnan, Shujaath Khan and a Kora artiste, Mamadou Diabete.

In addition to being a performing concert violinist, Krishnan is also a prolific composer. He has composed music for several well acclaimed dance productions, including Veda Bharati, Jagath Paavani Ganga, Sai Nathane Varuga Varuga, and has “collaborated with Lalgudi Vijayalakshmi to compose the lyrics and music for Sambhavami Yuge Yuge. He has also composed music for instrumental ensembles in several classical ragas, including rare ragas such as Kosalam, which is featured in the album Raga Rasa.

Krishnan is also a very earnest and sensitive guru, dedicated to the preservation and propagation of the musical legacy he has been entrusted with. He has taught numerous students over the years, who have gone on to become performing artistes in their own right. He has been an invited speaker in universities and other scholarly venues, including recently in China, and is the recipient of a Senior Fellowship from the Ministry of Culture. He has also received numerous prestigious awards, most notably the Sangeet Natak Akademi award from the President of India and the Indira Sivasailam Endowment award.

Beyond his own music, Krishnan has become well known recently for his pioneering and yoeman service to the Strings instrumental community in India, via the ViolinWise initiative. Recognizing the need for bringing state-of-the-art stringed-instrument repair and restoration skills from the West to India, Krishnan has sponsored annual workshops where top luthiers from the U.S.A train their local Indian counterparts, under the auspices of the Lalgudi Trust.

Above all, Krishnan is a world class musician, who is never more at peace than when he is on stage. Watching him lose himself to musical exploration in the middle of an alapana is a thing of beauty, and a joy forever. 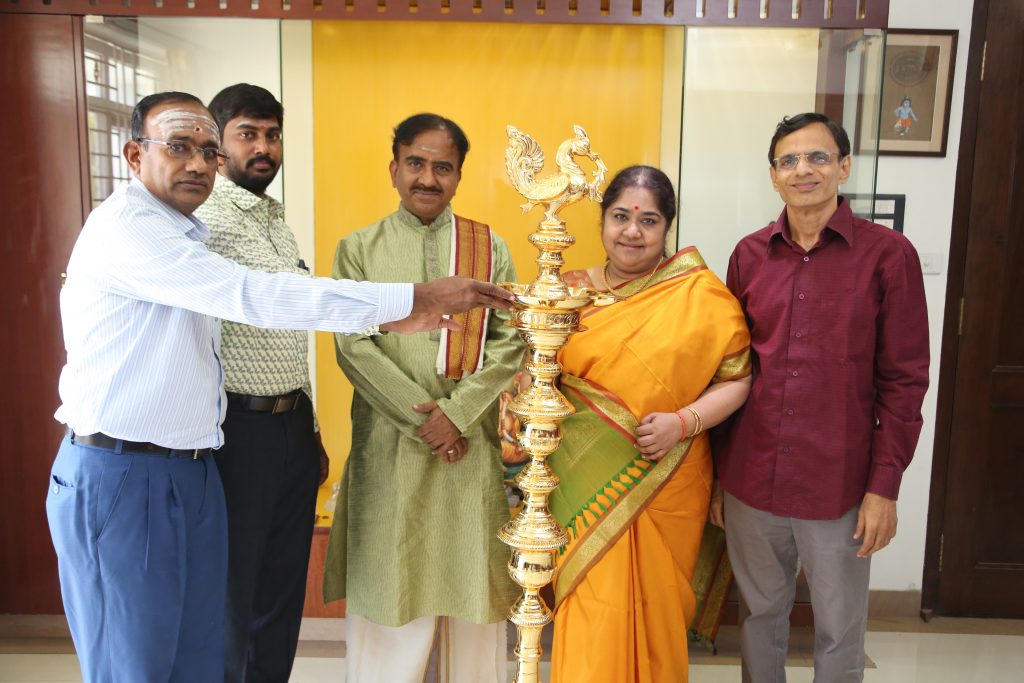 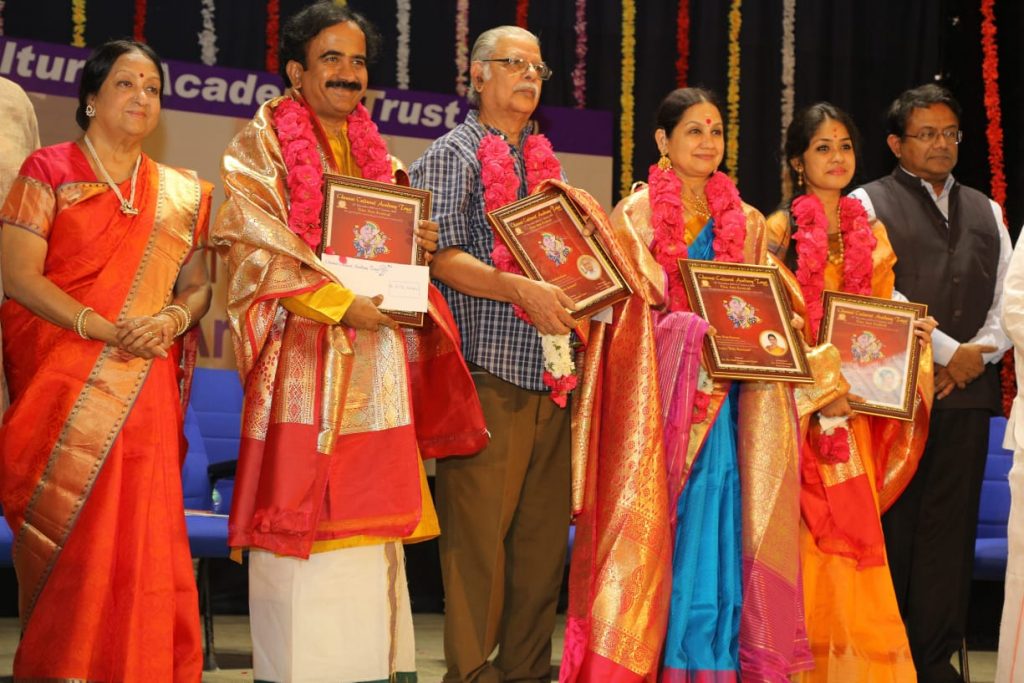 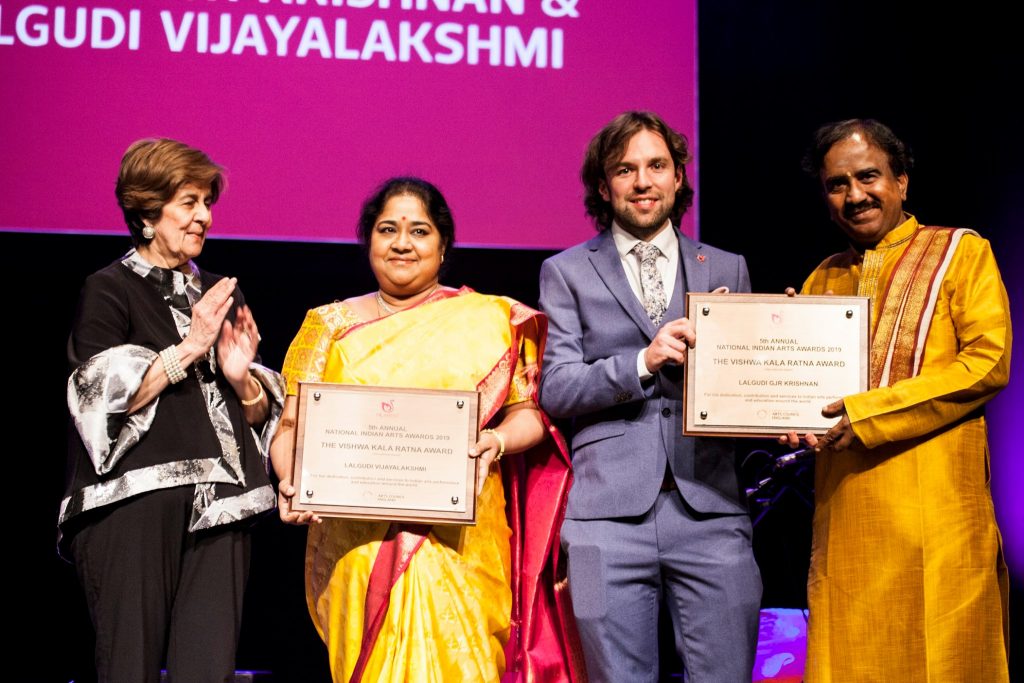 Leader of the Decade in Music, Women’s Economic Forum 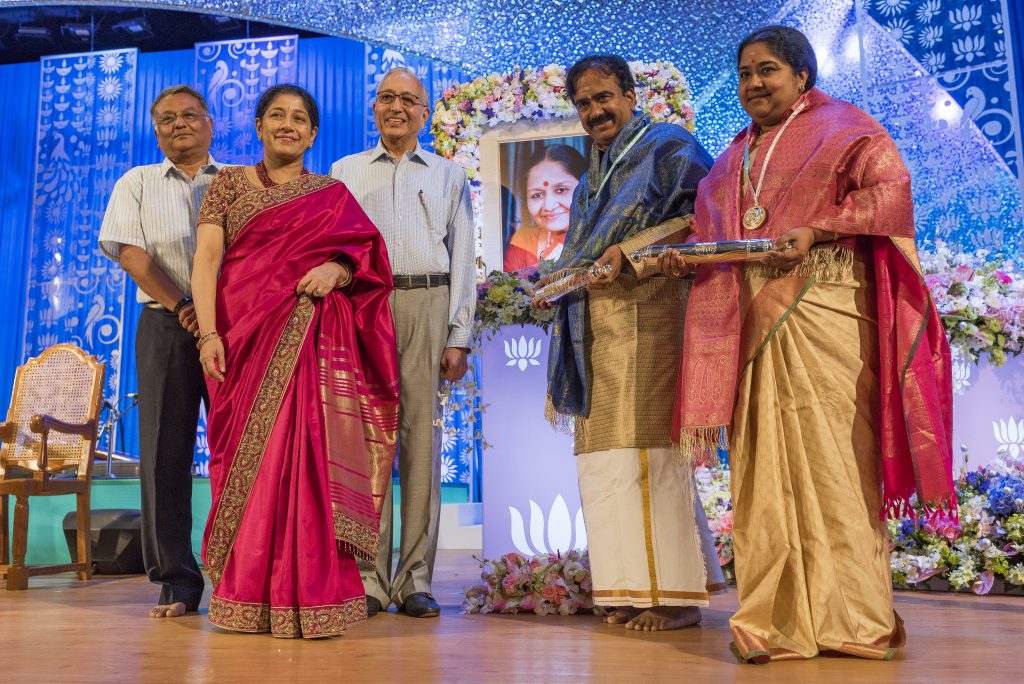 Sangeet Natak Akademi award from the President of India 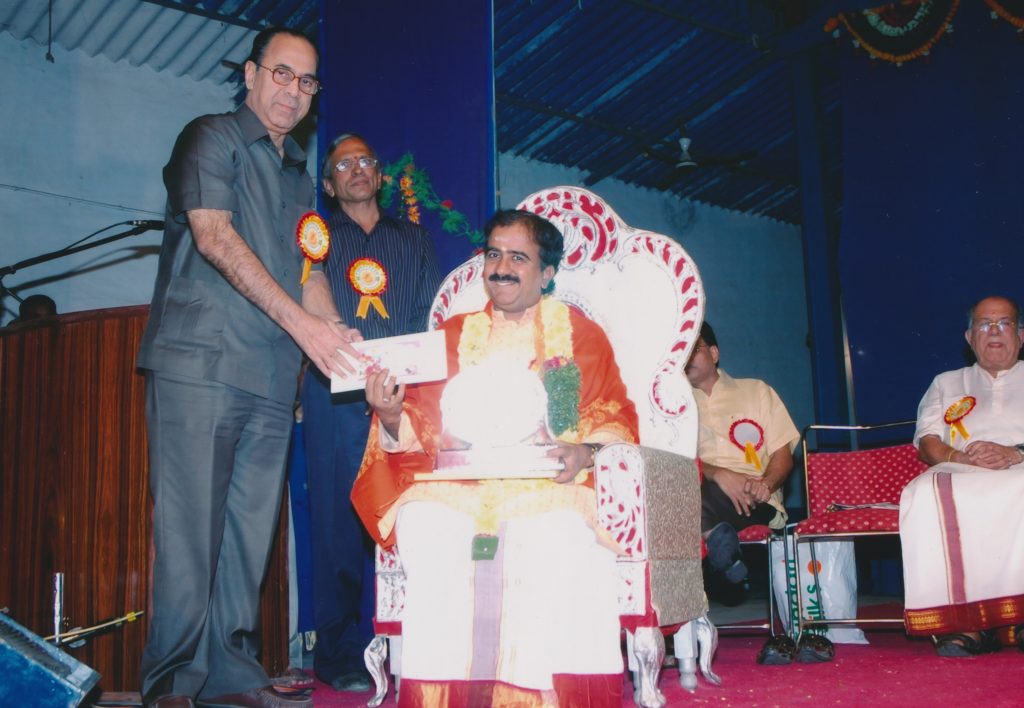 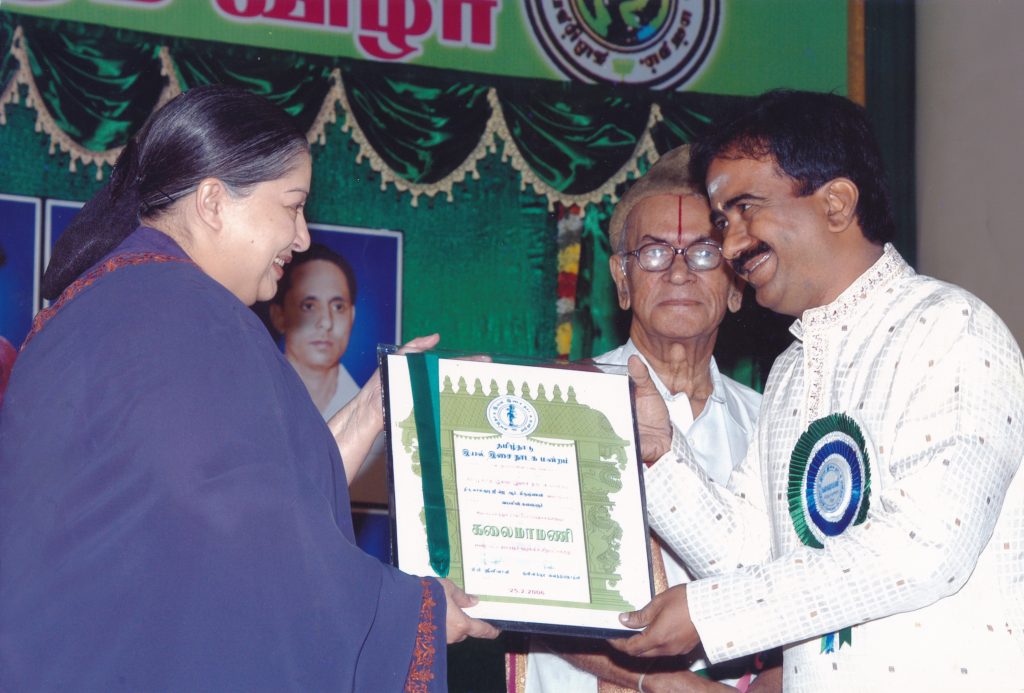 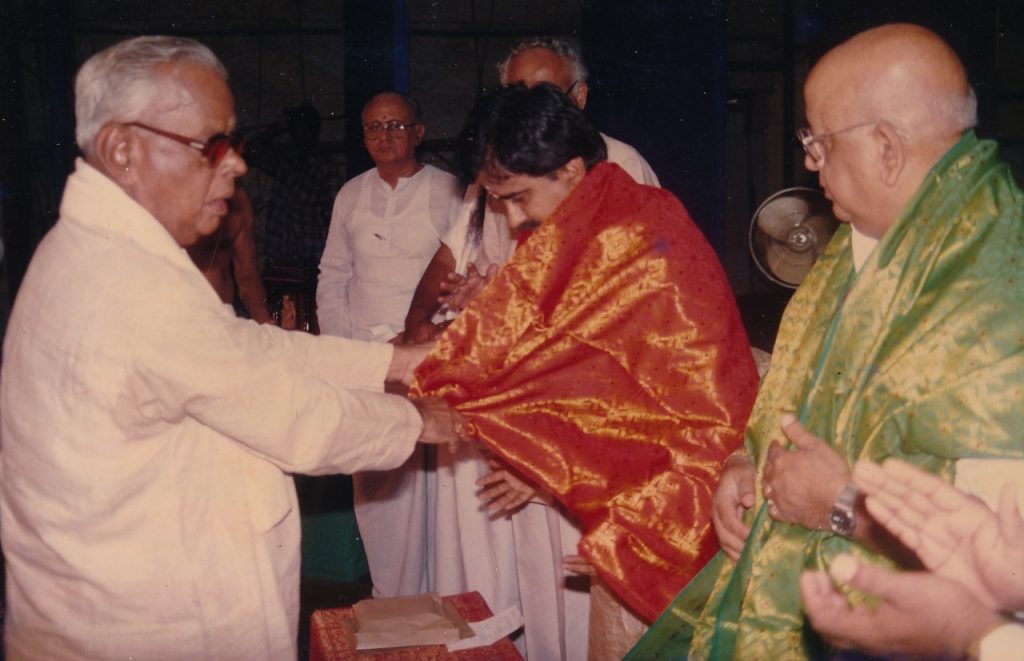 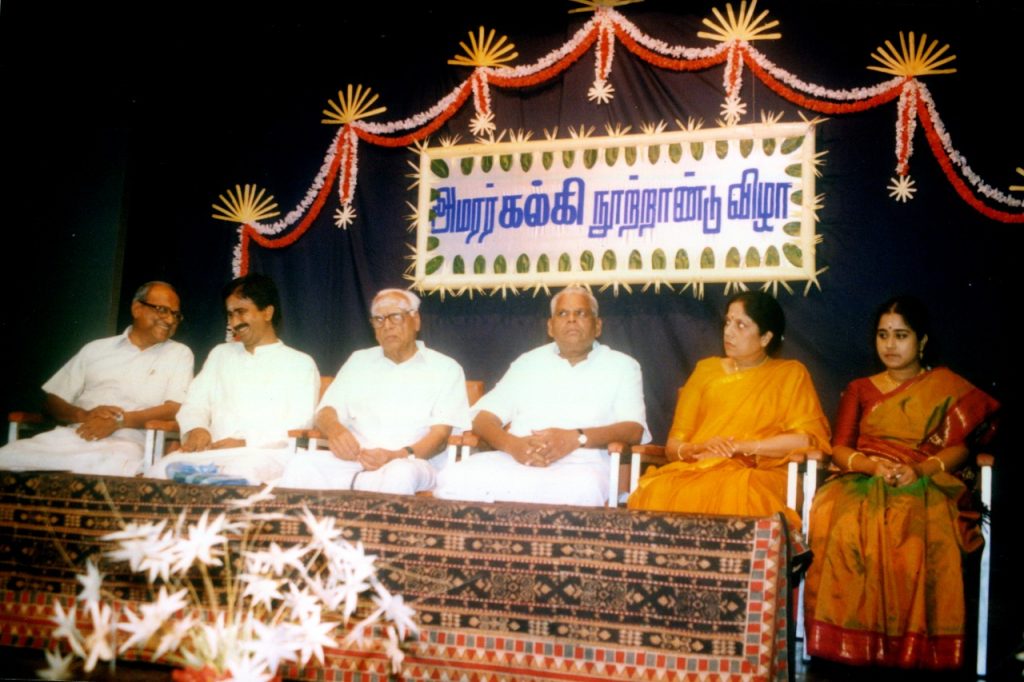 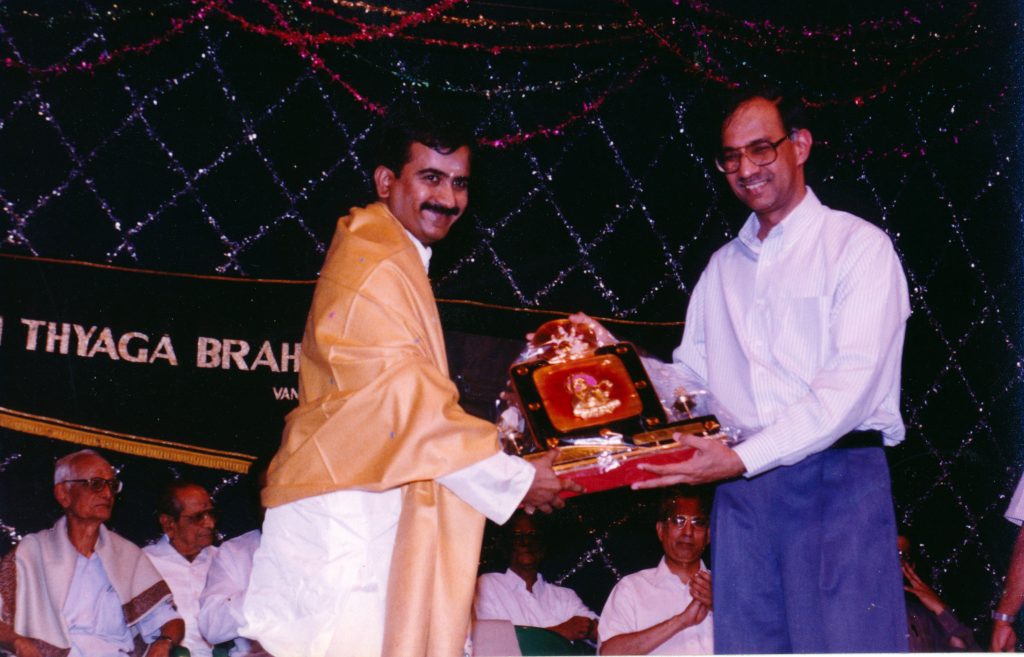 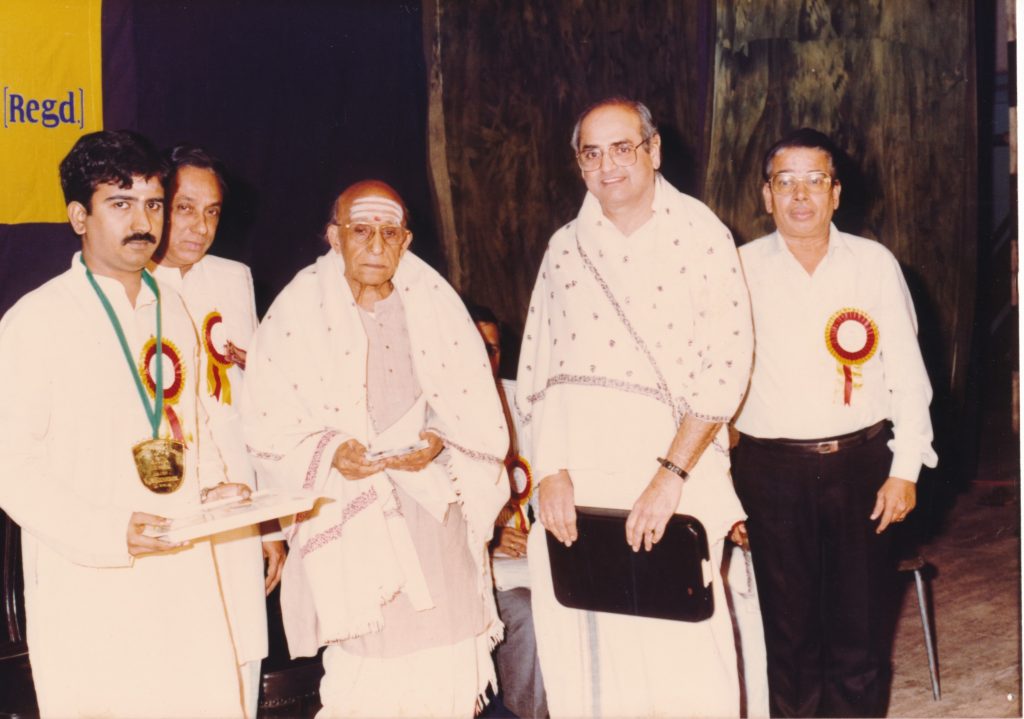